Skip to main content
Articles in this section
See more
Operators have reported that Konvoy fails to provision a cluster when extra spaces are present in the cluster.yaml. Specifically, the issue has been encountered when defining custom values for kubeaddons. This is an example of the output when this issue occurs:

In this example output, we can see that konvoy is complaining about the formatting of our cluster.yaml. Although this output includes a reference to line 77 and mentions that an unknown escape is found, that’s not accurate and doesn't tell us exactly on which lines the extra spaces are.

If this issue is encountered, you should edit the cluster.yaml and remove the extra spaces. In the example below, there are 3 lines with extra spaces (“config:”, “Skip_Long_Lines On” and “Time Format”) under the fluentbit kube-addon stanza. 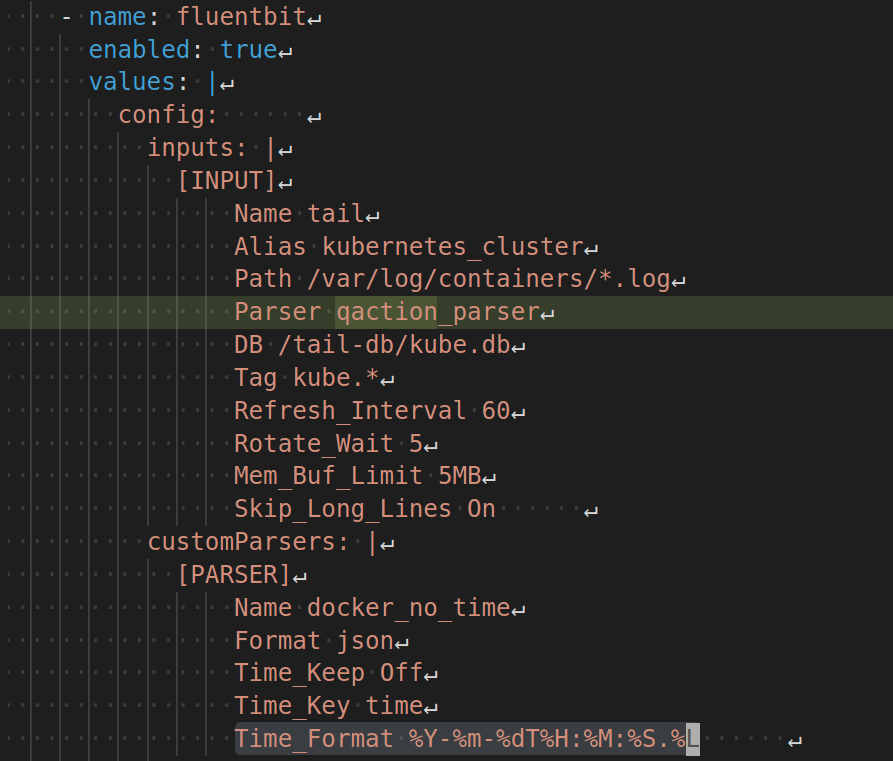 We recommend using a text editor capable of highlighting trailing spaces to inspect and edit the cluster.yaml.